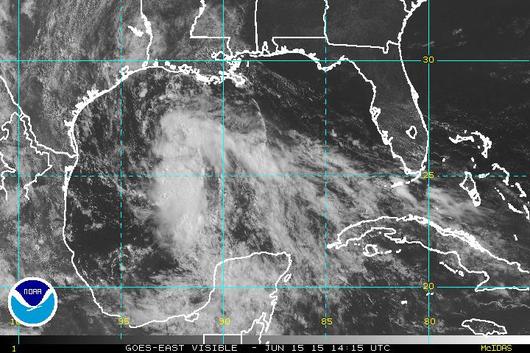 ​The visible satellite picture this morning looks pretty impressive as the weather system that came out of the northwest Caribbean yesterday looks like it is developing a low level circulation. Models show this pretty well and we continue to think that a tropical depression or tropical storm is likely to develop within the next 24 hour or so. The system has time over the open gulf to gain some strength.  It appears that since there hasn’t been much change in the upper air pattern over the southern US, that this system is destined for the lower Texas coast. Most of the weather at this point is east of the what could be a low center so rains will affect areas north and east of whatever track it takes.

The latest advisories and forecast are on the National Hurricane Center page. 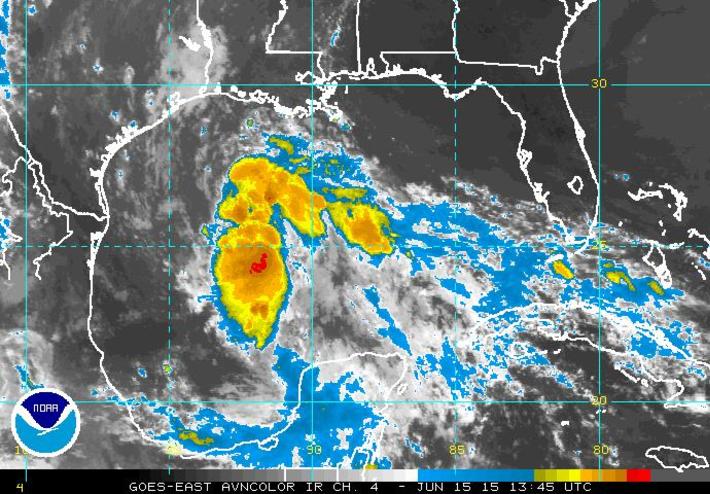 3 models below with the gfs and nam showing the tropical system near the coast by Tuesday afternoon and the nam has it inland. The WRF has it much slower and much further offshore and deeper which would favor stronger development given that it would have more time to strengthen. Outflow is not perfect but favorable for development. We await what recon aircraft tells us when it investigates this. 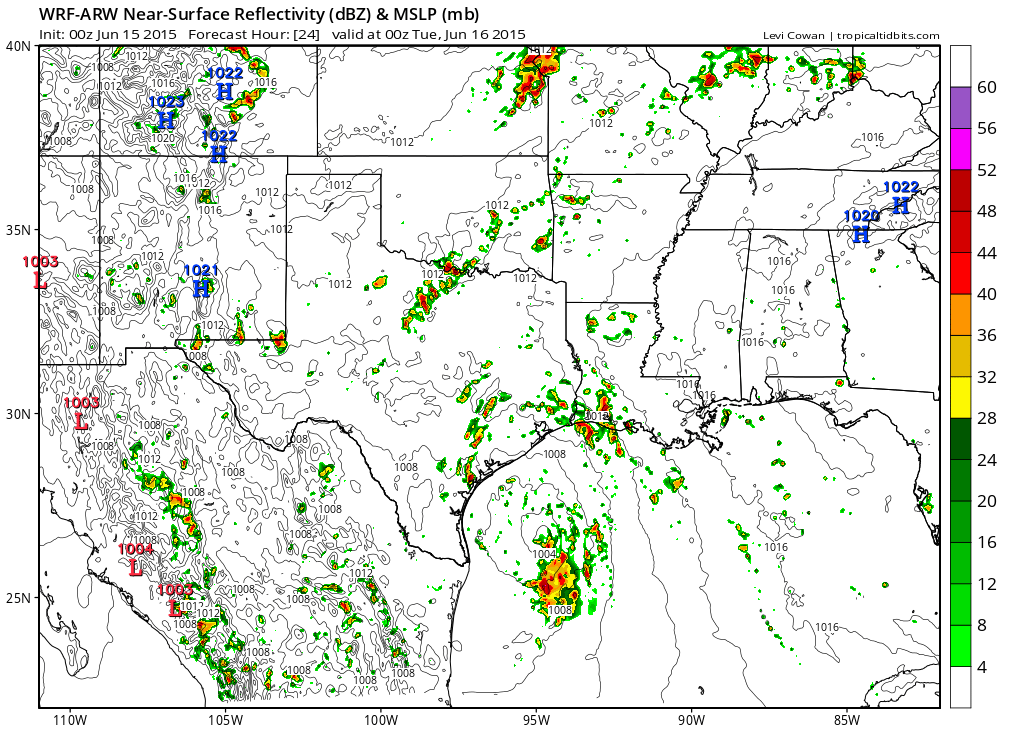 We must monitor to see how it will affect the Northeast. So far, it looks like it will produce strong thunderstorms.