The long range overview according to the world of the European shows a rather persistent pattern that has set up and remains pretty much unchanged through the next 10 or so days. The jet stream pattern is dominated by a ridge that is in the Gulf States with troughing occuring off to our east and troughing cointinues in the Rockies and the west. The northern stream flow is active with troughs developing and coming across the top and through the Great Lakes and Northeast. The implications of this for our area is that it can get very warm or even hot for a few days however with the active northern stream, it wont be able to get too hot for too long here. 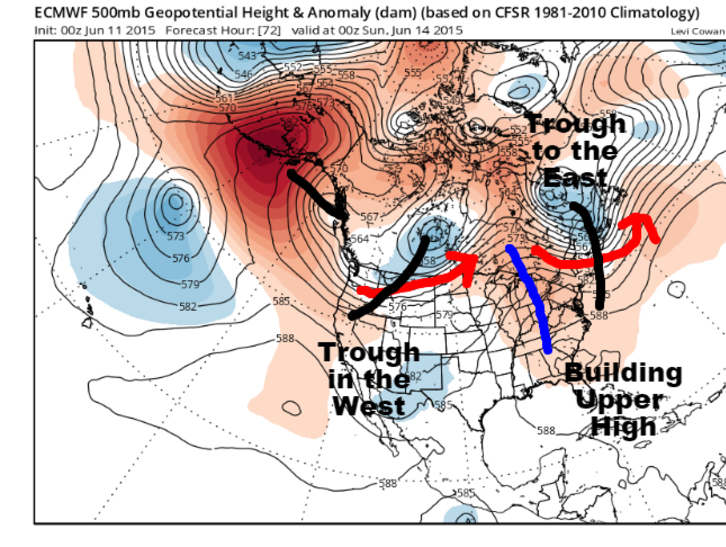 The very warm weather that takes us into the weekend will be cut off as one of these northern stream shortwave troughs moves through late Saturday and with it will probably come the threat for showers and thunderstorms. More than likely some of the storms will be strong or even severe in some areas. But that trough just keeps on moving and the weather turns nice again for Sunday and Monday. The upper air map for Monday evening shows the ridge in the east in place. It is flat forth most part and you can see the westerly winds from the northern stream extend south into Southern Pennsylvania/Southern New Jersey. This means that the hot weather of 90 plus stays from Virginia southward. We get into some cooler and less humid air for Sunday and Monday. 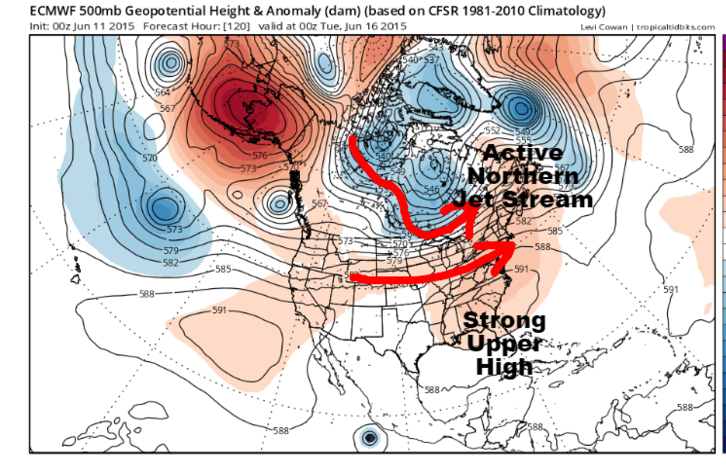 The pattern is pretty consistent through Day 7 which is next Wednesday where the northern stream is strengthening again to some degree thanks to the vortex in Northern Canada. The ridge in the east flattens a bit as the westerlies move southward into Southern Virginia. It pretty much means the same thing. After Sunday and Monday it turns more humid and very warm Tuesday ahead of the next cold front. Then once it goes through we get a shot of slightly drier cooler air. Then by Day 9 which is next Friday the ridge is building up yet again which means it turns very warm and humid again . 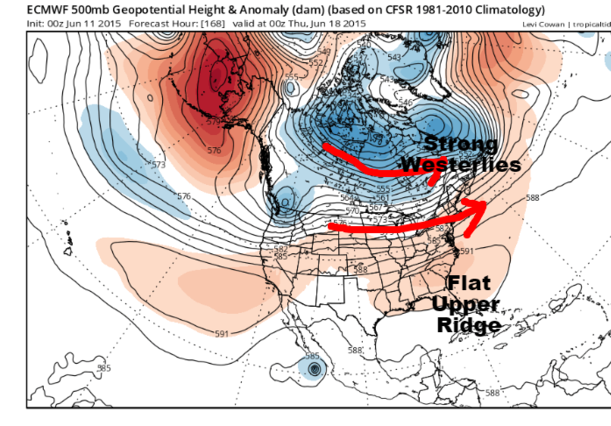 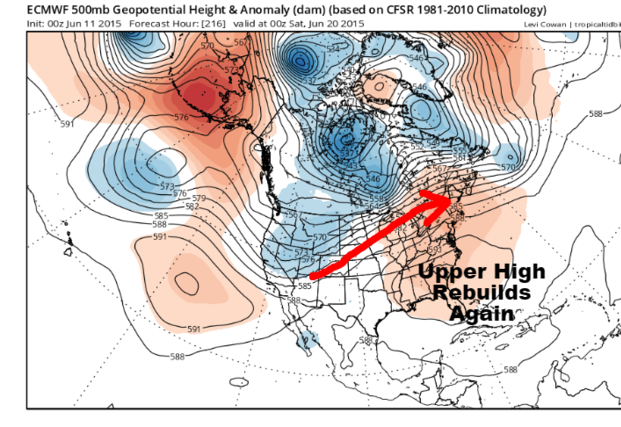 The ridge rebuilds strongly on day 9 as the upper flow goes from westerly to southwesterly. With the westerlies pulling northward this means it probably will get hot here for day 9 and 10. In fact on day 10 the ridge in the east is at its strongest than at any other time during this 10 day period. We are on the edge of the westerlies (northern stream). Overall it is a typical mid June pattern that is setting up. Nothing unusual here. With regards to the tropics this type of pattern is unfavorable for anything to come up the east coast. Were anything to the develop the flow would probably carry anything into the Gulf of Mexico as the low is basically easterly south of 25 degrees north. 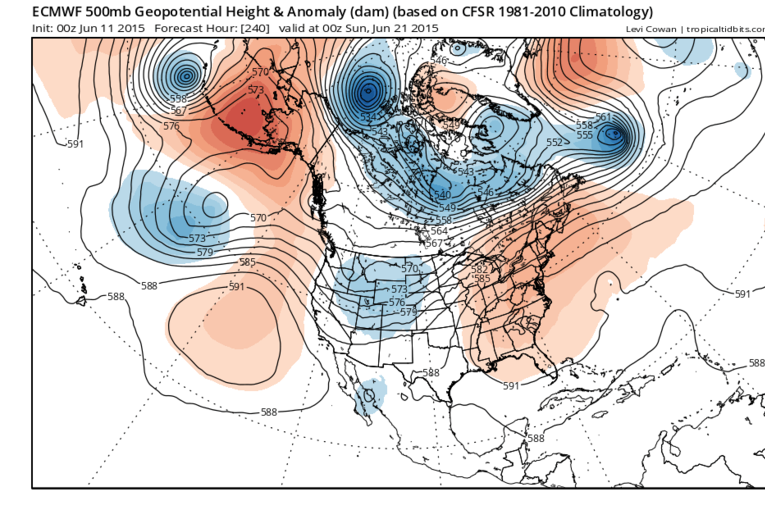