Time to start looking ahead to the weekend and it doesn’t look good at all. In fact we are going to an unusually dynamic pattern for this time of year that will result in a relatively deep surface low (for this time of year) to take a track from the Ohio Valley northeastward into New England. It looks more like an early to mid spring setup then something you would see in late June. The first map is the GFS map for Saturday 2pm. By this time clouds would have thickened up and rain would have already arrived into the entire area from Eastern Pennsylvania to Southern New England and Long Island. We will have a rather strong southeast flow setting up with high pressure east of the Gulf of Maine. It looks like fairly strong inflow from off the ocean. 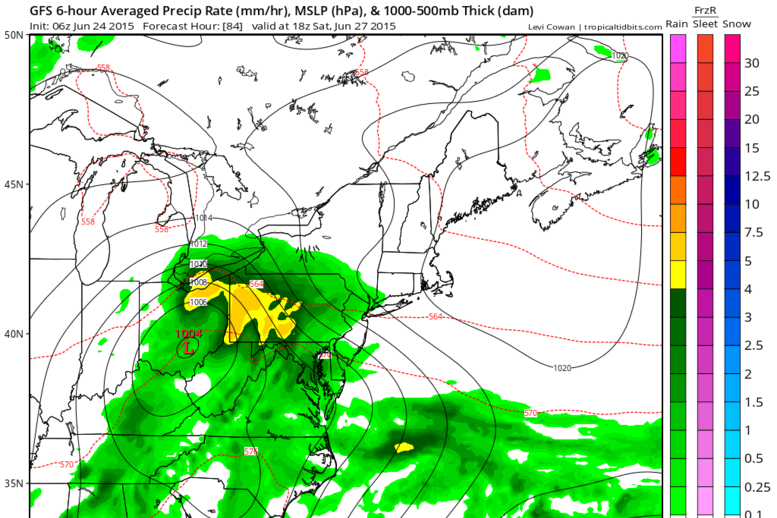 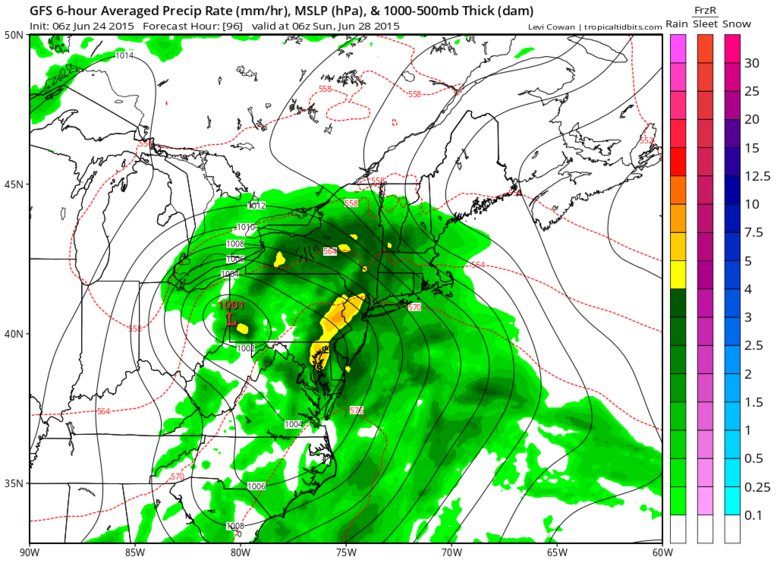 The GFS takes a low to near Pittsburgh by 2am Sunday and produces quite a bit of overrunning rain for the entire area. This could be a soaking 1 to 2 inch rainfall for everyone from Eastern Pennsylvania into Southern New England. This is different from the remnants of Tropical Storm Bill which really did not have the kind of atmospheric support this system has. By Sunday afternoon the low is forecast near Scranton. Much of the heavier rain has shifted northward but given this track, clearing Sunday may be hard to come by unless the system moves faster and winds up further north 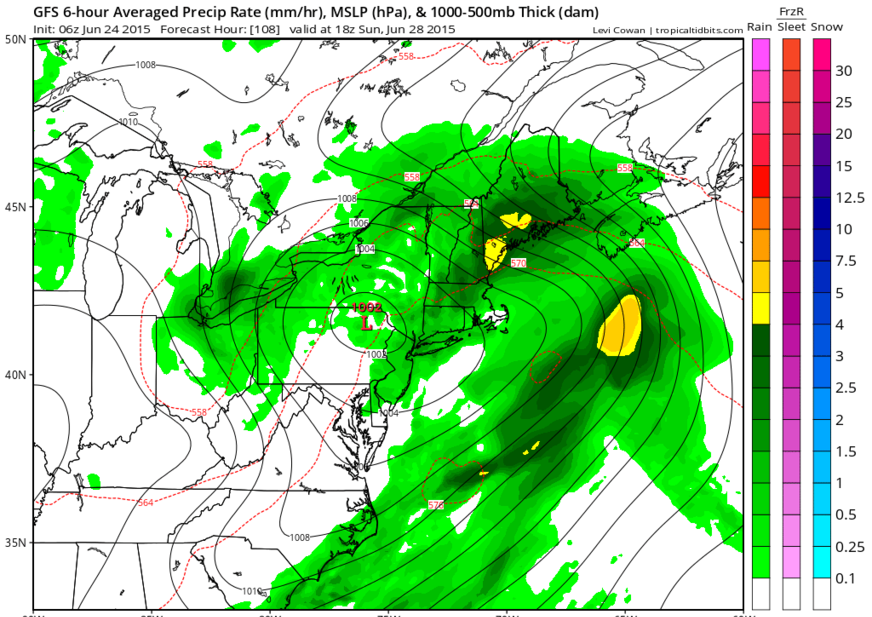 Now take a look at the upper air map for Sunday afternoon and you can see that we have a very deep trough in the east and a very strong ridge in the west. This is a big change from what we have been used to and this change in the pattern could last into the first part of July. Check my latest JOESTRADAMUS piece on this which addresses the pattern change that is underway. 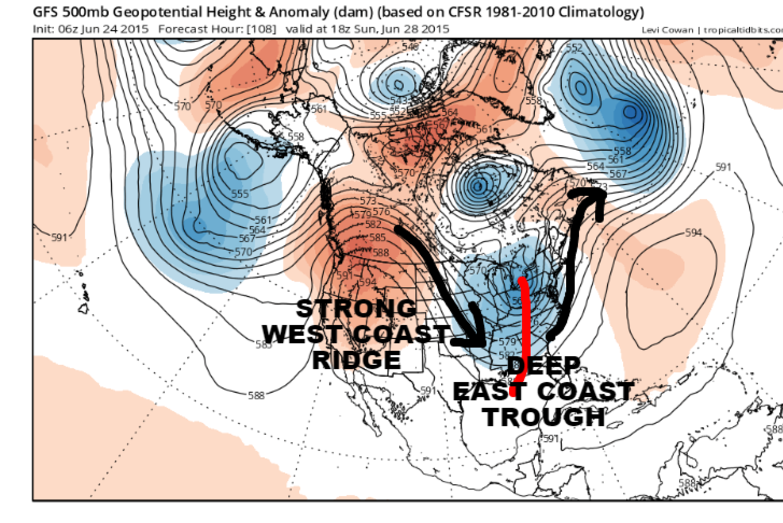