We have been so focused on today’s severe weather that JOESTRADAMUS has had little time to focus on the long range. Lo and behold we have a pattern shift that the European model pointed to a few days ago and the ridge in the east will be replaced by troughing. The west will see a strong ridge building northward into the Pacific northwest. The result will be an end to the heat in the mid-atlantic. Here in the northeast the strong jet north of 35N prevented it from getting hot for more than a day or so. Now the flow in the jet shifts to a more north south flow out of Western Canada with the jet stream bottoming out along or just west of 80W. This has a number of implications. 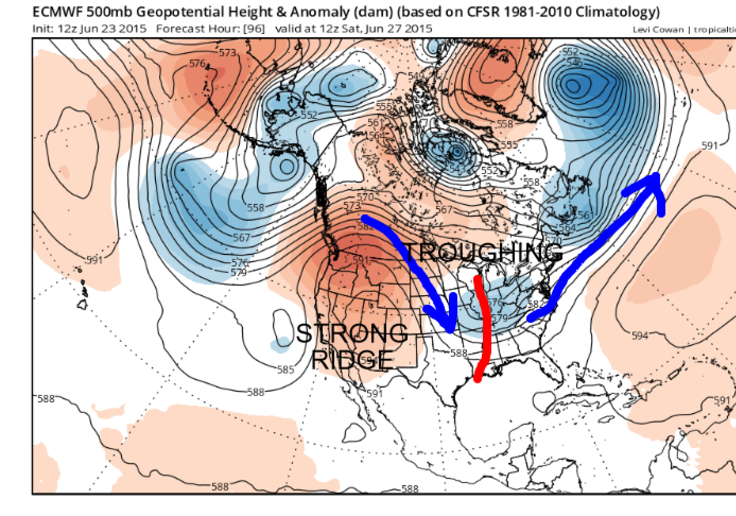 The first thing that should be pointed out in this sort of pattern is that temperatures in the northeast in general will be cooler than normal. The second implication is with the trough in the eastern states there will be opportunities for some rain. The pattern is unusually amplified which also means that there will be heatwave in the west underneath that upper ridge. With regards to the day to day implications such troughing in the east will mean waves will be moving to our south. The questions in the short range will probably be how far north any rain gets and this will be dealt with when we arrive in the short term. 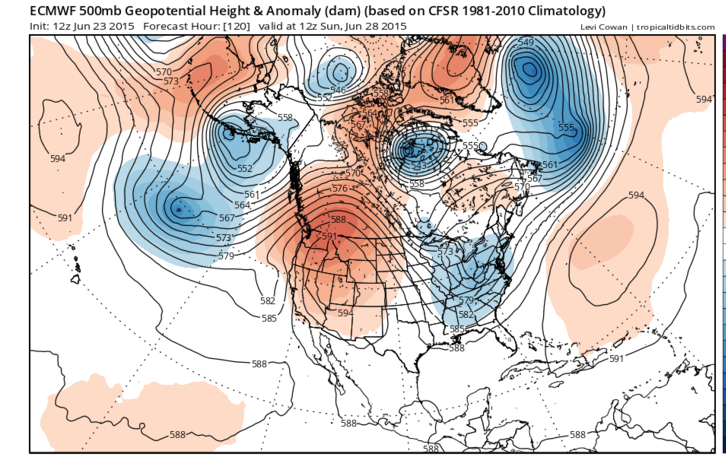 As we carry this into next week we can see one short wave trough moving out to the east followed by another one that dives into the mean trough position. This action means that there will be several systems to deal with along the way. Rain will be the outcome from all this and this could alleviate dry conditions that still prevail in much of the northeast and mid atlantic states. 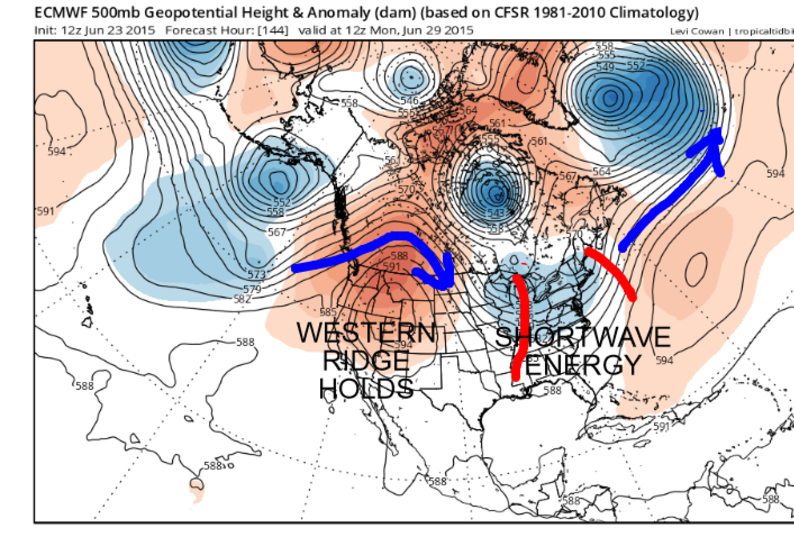 Taking this out further into the 7 and 10 day time frame (which takes us to July 3) there is no change in the overall mean position of the ridge and trough. It appears that this could hold for quite awhile. Im still amazed that the jet stream pattern remains highly amplified given that we are moving into the summer month of July. It will be interesting to see how this carries out as we get deeper into the month. 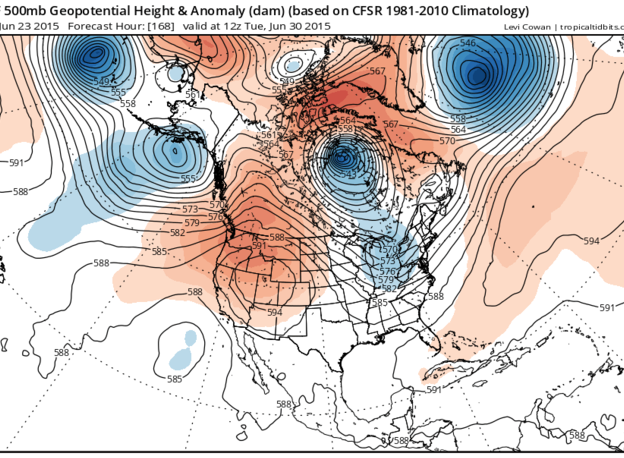 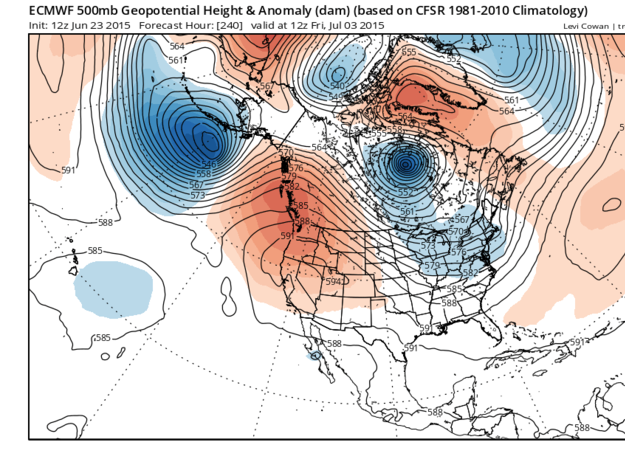