Let’s go back to last winter for a minute and if you remember there were a few instances where typhoons were re-curving up the eastern coasts offshore Japan and served to energize the low in the Bering Sea/ Gulf of Alaska. In one instance we had record low pressure records broken. This of course sets off the upper air chain reactions which caused brutal cold air to take over in the Northeast. Well right now we have some very interesting action going on in the el nino driven world of the Western Pacific.

This morning’s satellite shows a parade of tropical systems moving along what is the typhoon conveyor belt out there. We see 3 systems between 10N and 20N. Activity there has been above normal which is what you expect with in a moderate to strong el nino pattern. 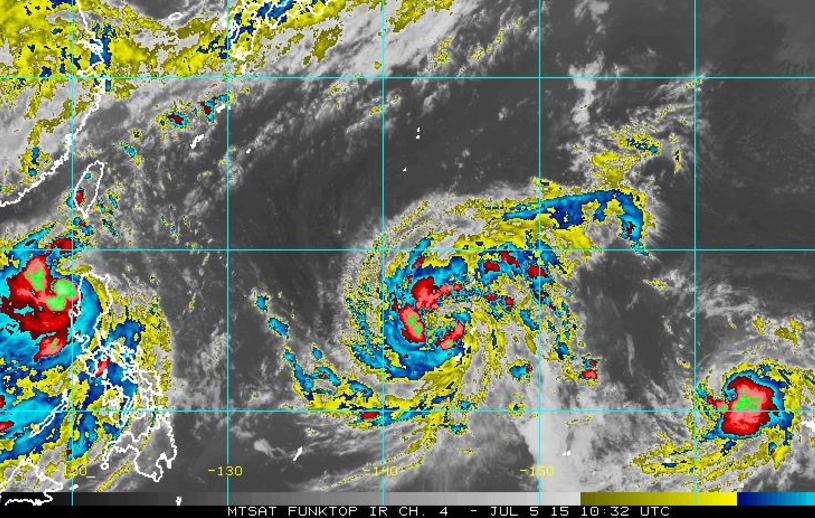 Right now we see a very active jet stream north of 30 N and this would perhaps provide a weakness for the middle system to recurve. Models however are showing this jet to lift northward and if that happens then it is more likely that the middle typhoon would move west or west northwest and wind up eventually moving into Southeast China. However system number 3 stands a good chance to wind up recurving up into the westerlies late this week and into next weekend. Now you may wonder why is this important.

This is the European out to day 10. What has happened by this time is that system number 3 winds up being absorbed and becoming a strong non tropical storm northeast of Japan. This in turn strengthens a low in the Gulf of Alaska…which then of course will have a direct impact on what the pattern looks like over North America. Also the presence of that upper air storm NNE of Japan leaves a weakness in the West Pacific that would allow other typhoons to recurve northward or northeastward in time. 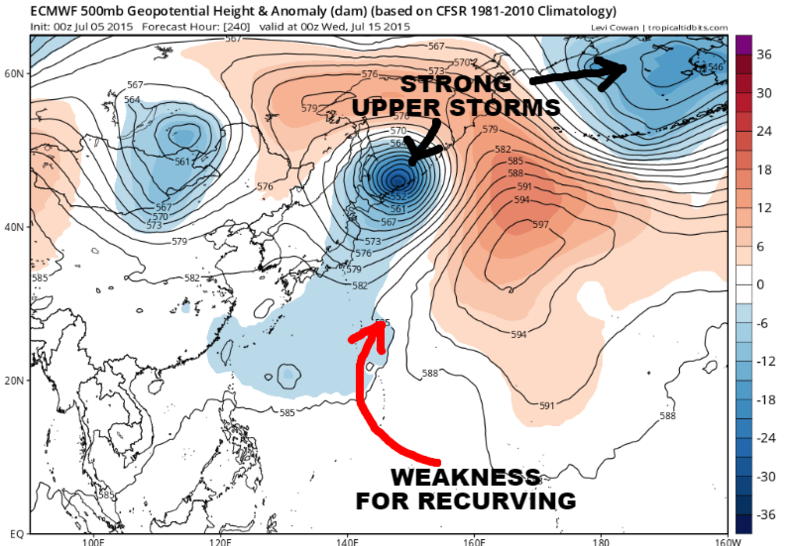 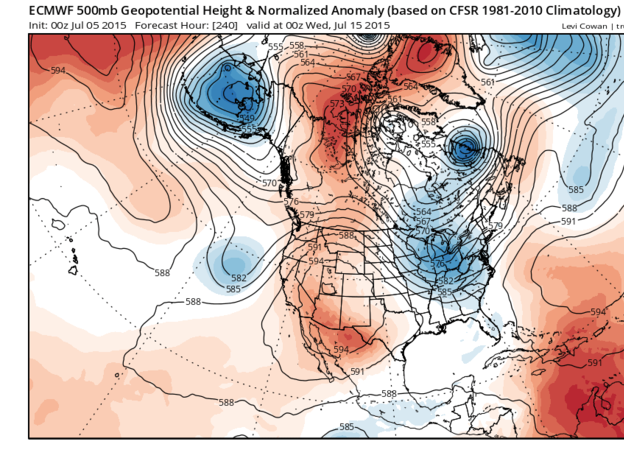 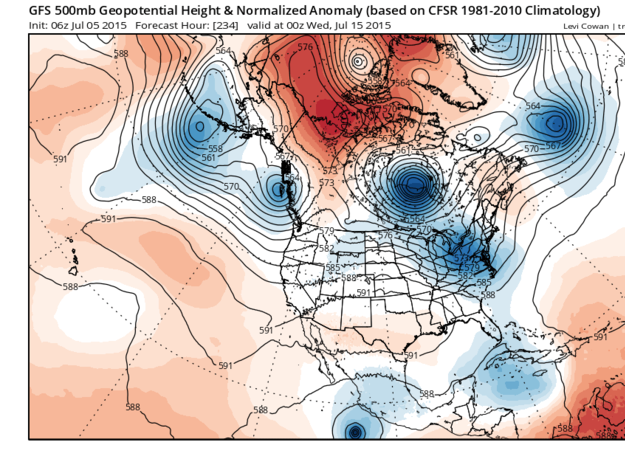 ​The takeaway from all of this is that outside of the odd day here and there, no heat in the east and all the heat in the west. The second takeaway is that with troughing in the east, it would favor wetter than normal conditions..and depending on how the trough sets up it could mean for lots of rain for some places. Of course where those places are is a short range issue which we will deal with when we get there as opportunities present themselves.

Also with regards to our tropics, the first 2 storms formed outside the deep tropics and this is usually a signature of el nino years. Also the presence of warmer than normal water temperatures off the US east coast is something we should pay attention to. This may have implications over storm formation as we move into the more active part of the hurricane season in a few weeks.