The holiday weekend is just about here and many of you are opting for an early getaway or maybe you already have gotten away. It looks to me that the worst weather of the week is behind us overall and the only issue regarding the next several days will be how much sun we get each day and how far north clouds get from a stalled out front to the south. Models are in line for the most part on this with one exception and that is the GFS model wants to amplify one of those waves and bring in a little rain here Friday night into Saturday morning. That really is the only complication and the GFS model stands alone on this and looks somewhat overdone. Other models don’t bring rain anywhere close but there will be clouds from this Friday night into Saturday morning especially for Central and South Jersey and Southeast Pennsylvania with some rain from Southern Delaware southward 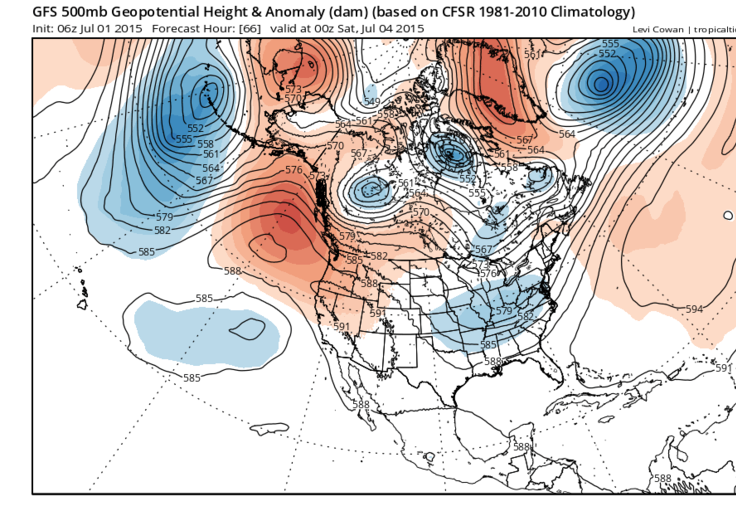 Above and below are the GFS and European upper air maps for Friday night and at first glance they look about the same. The only real difference is that the gfs is a little less split and a little more defined with the southern system then the Euro which is a little further south. Either way both jet streams will remain separate which is a good thing. Otherwise we would be dealing with something more important and more amplified which would bring clouds and rain everywhere. I don’t think that is going to happen. 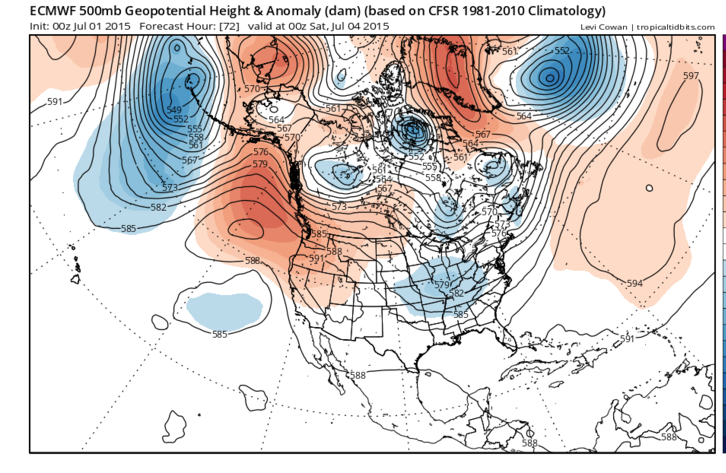 The gfs map below has rain Friday night into Saturday morning along the coast before the low pulls away. All the other models right now show the rain never getting close except for maybe southernmost New Jersey and even there only briefly. 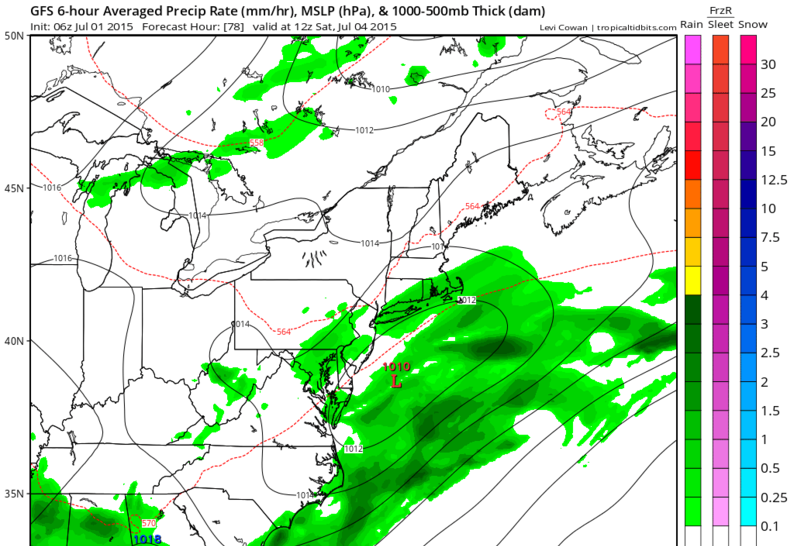 Both models show that northern jet stream trough moving along and this is another reason why this should not be a big deal. So other than that we are I think in pretty good shape. Some sunshine by day..some clouds by night. No shower threat for Saturday night July 4th so all fireworks shows will be a go here with no issues. Daytime temps will probably be in the 80s..70s along the coast with local sea breezes. Nights will be in the warm but not too uncomfortable 60s with 50s in cool spots. 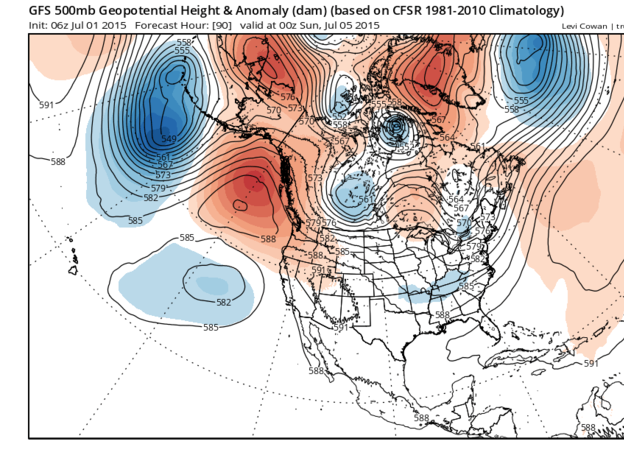 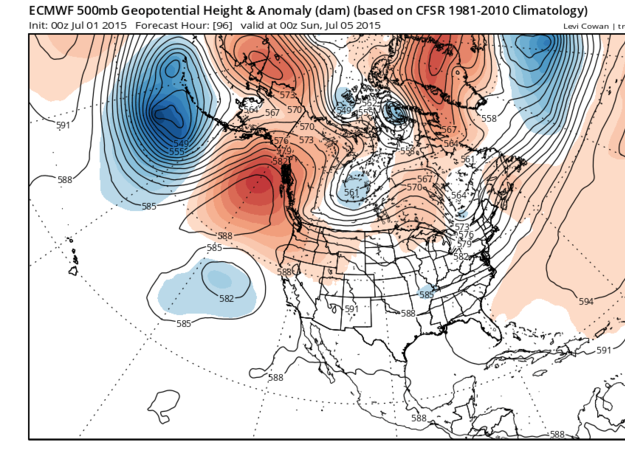 ​Also no severe weather is forecast and there should be no daytime shower or thunderstorm activity either. Just average early July weather with average temperatures.