The weekend storm system we just experienced is something out of 2 months ago really as we have an unusually deep trough in the eastern United States and there is no sign of that trough going away anytime soon. This sets up opportunities for showers and thunderstorms from time to time this week and beyond. With regards to the ultra short range taking us into midweek, lets look at the satellite picture just below and you can see the cloud signature tells us how deep the trough is. The base of that trough goes all the way south into northern Florida. For those who do not like prolonged heat and humidity this is good news as the depth of this trough means it can’t get hot here. Our air continues to move down from Canada which is cool but not overly cool for us. It is also an active trough pattern and you can see activity already back in the upper Mississippi Valley which tells us that there are active weather systems ready to move along and impact us every 2 days. 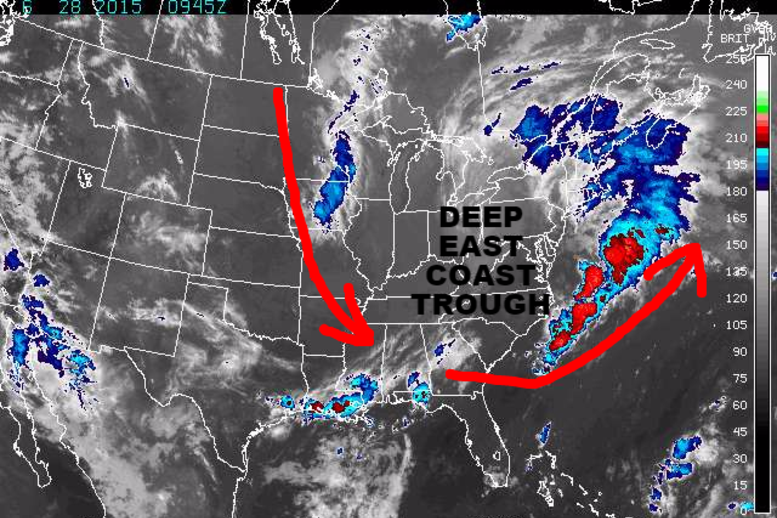 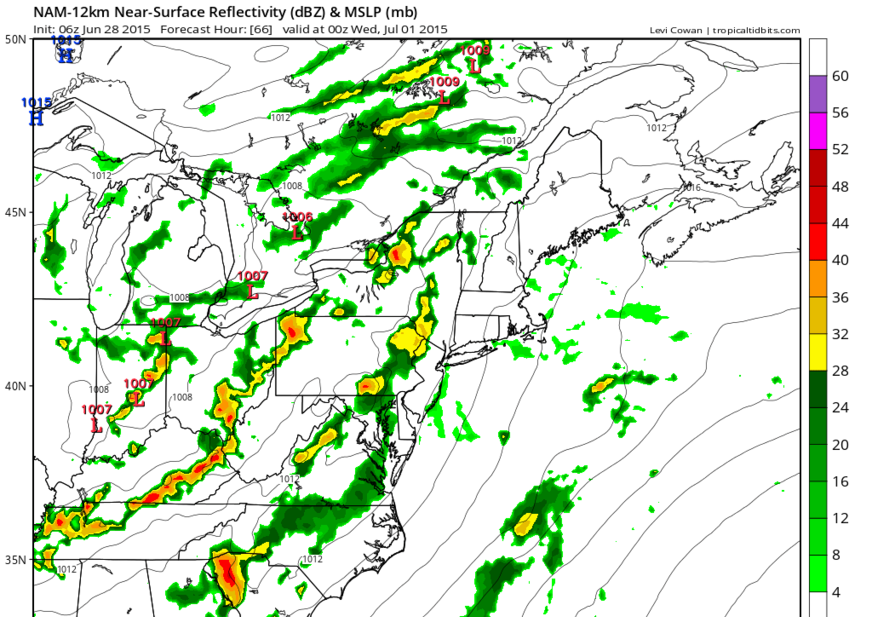 The map above for late today shows the departing low as it redevelops off the coast of Maine and once that pulls out tonight leftover clouds should give way to some clearing skies and it sets up for a decent although not completely cloud free Monday as the cold air aloft behind it will probably mean some clouds will be in the picture for Monday as well as some sunshine. Temperatures though should be nice..in the 70s to around 80.

The Nam is already busy by late Tuesday as it has showers and thunderstorms Tuesday evening into Eastern Pennsylvania with the next weather system. The model moves those through Tuesday night though it weakens them a little as they move east. Thats a detail that we will address when we get there of course. Low pressure to the west in the Ohio Valley is much less wrapped up then the one we had last night. Several lines of storms are indicated but no widespread rain is shown as the setup here is different and not as dynamic. The model does have storms moving through midday Wednesday with the widespread activity for upstate New York and New England. 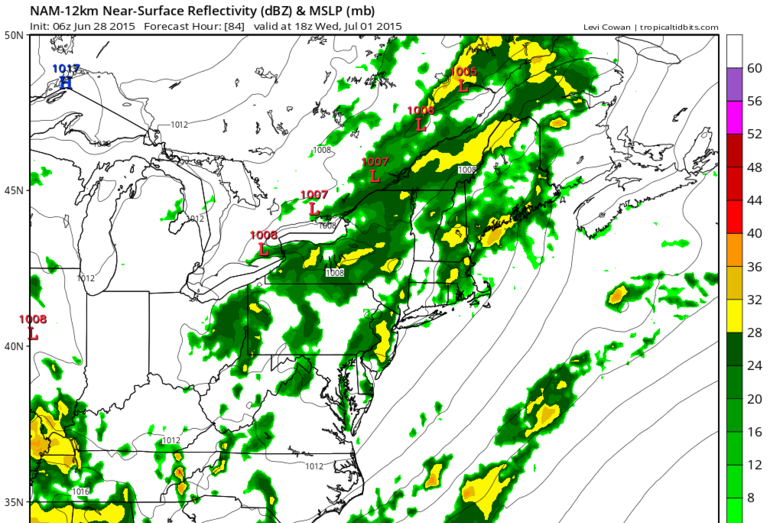 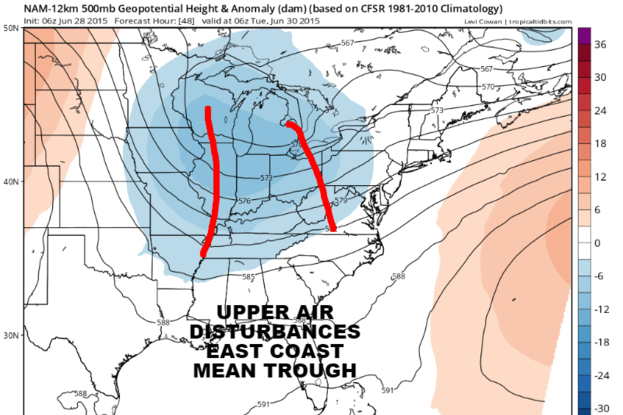 The upper air maps show clearly how pronounced the east coast trough is through midweek. While not strong..they are strong enough where we will see some more rain out of this. The question longer term beyond midweek is whether that trough lifts out in time for the 4th of July holiday weekend. If it doesn’t lift out then we need to prepare for more disturbances and more chances for showers and thunderstorms going into and possibly through the weekend. JOESTRADAMUS has more on this on his long range forecast that takes us through the rest of the week and right through the holiday weekend. 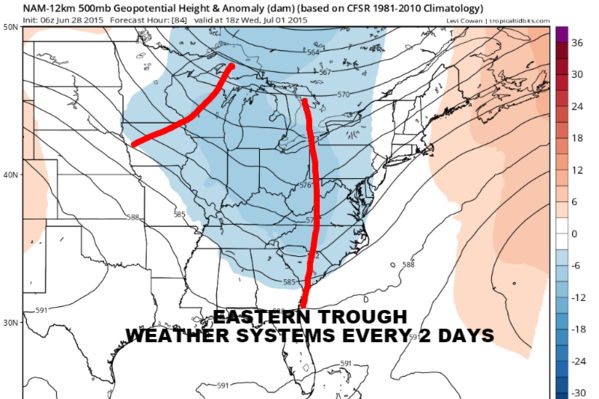 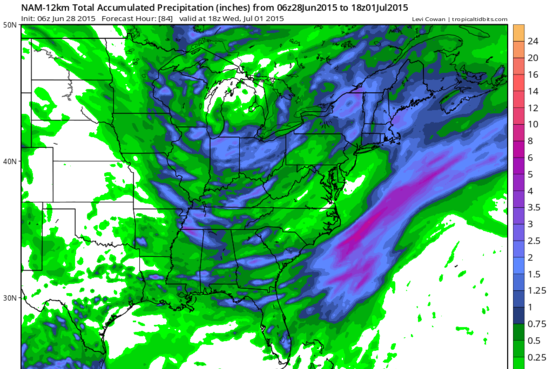 With regards to additional rainfall the nam has a very convective look through it. This is total rain through midweek. New England and upstate NY are skewed a bit because it includes whatever falls today. The streaky nature of the areas of rain tell us that this much more convective and variable so I wouldn’t read too much into the specific amounts other than to say that if you get into one of those thunderstorm complexes you could get some heavy rain with much less on either side.