Little by little we have been chipping away at the dry conditions of the spring. While it is still dry, we are going to get a widespread rainfall this weekend. It looks it should be a 1 to 2 inch rainfall around the region. The issue for the weekend is timing. It seems that right now the bulk of the rain will fall Saturday night which means that if things move along and stay on schedule we could see improving weather conditions Sunday morning in western areas and spreading to the coast and eastern areas by midday or lunchtime. 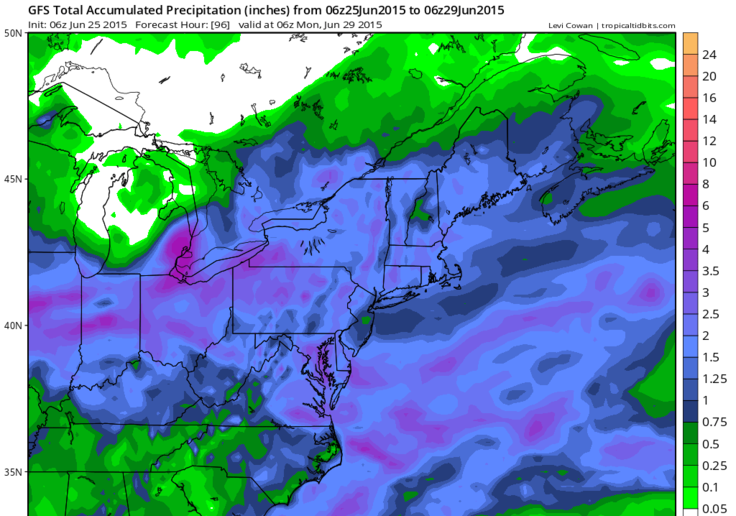 The surface map below is for 2pm Saturday and it shows rain moving into Eastern Pennsylvania but much of the coast is still dry. The gfs has been slower and slower in the arrivial time of the rain and the other models seem to be consistent with this. What is unusual is that this is the last week in June and that map below looks like something you might see from mid fall to mid spring. It is not often you see a fairly wrapped up cyclone like this at the beginning of summer. The upside to this is that a storm of such vigor with a lifting front and a strong southeast flow produces a widespread productive rain for the entire area. 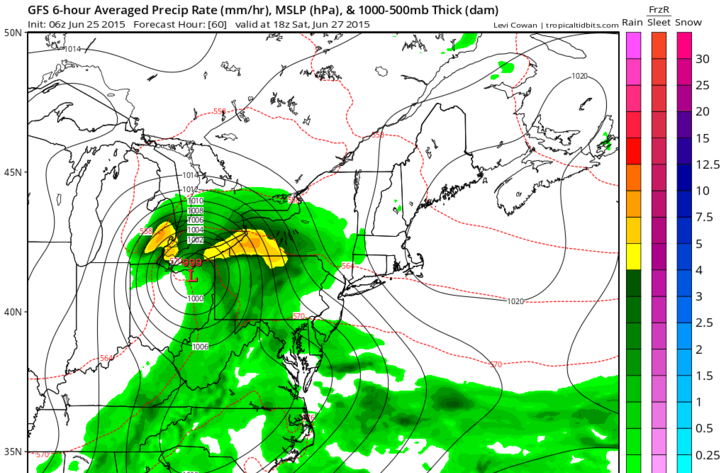 It should be raining everywhere by evening and notice that the gfs does show some large precip amounts shaded in the yellow in Central Pennsylvania southward to around Washington DC. It its likely that will be some thunderstorms in the mix with severe weather possible from perhaps Southernmost New Jersey southward into Virginia and North Carolina. 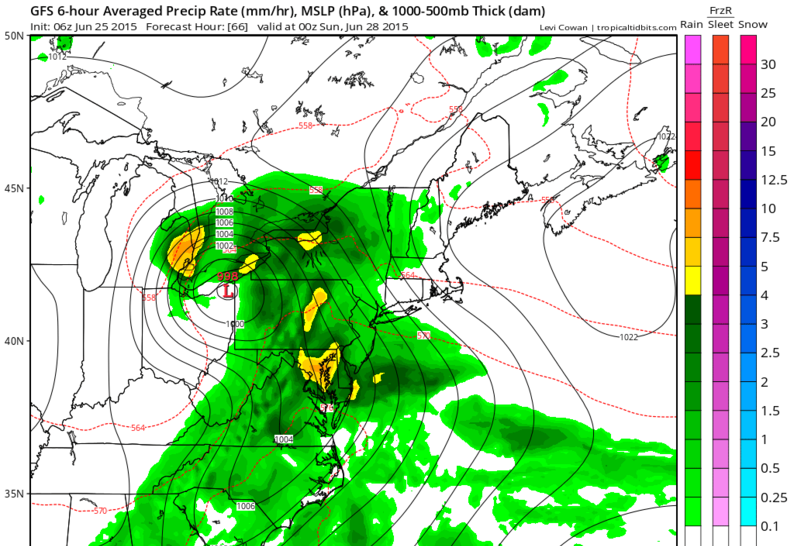 The reason why we are optimistic for Sunday is that by Sunday morning 8am the front is already past NYC and lifting rapidly northeast. Dry air should come in a gusty west winds during Sunday and we should see a fair amount of sunshine developing as we move through the day with temperatures rising perhaps into the 80s. The other reason to be positive for Sunday is that the surface low which was shown earlier to track toward to coast is now deep and wrapped up in Western New York which favors an optimistic outcome for Sunday. 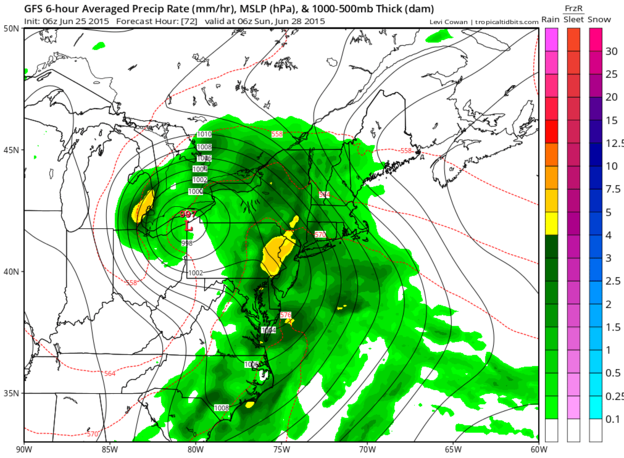 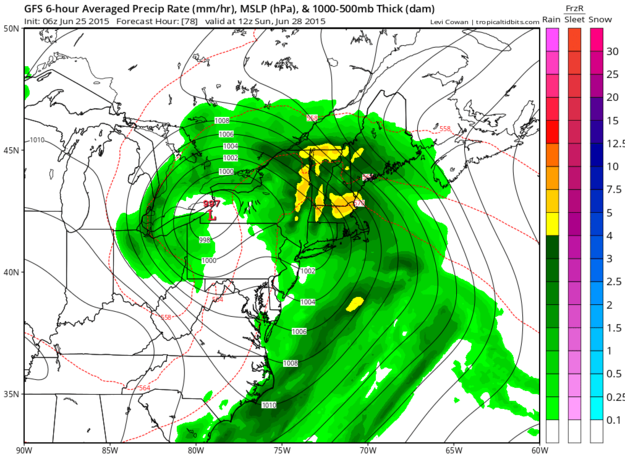