What is left of tropical storm Bill is actually a very well defined mid level cyclone that is sitting over Oklahoma this morning. It shows up very well on the enhanced satellite picture below. The activity across the United States remains very busy looking and that is because we continue to be under the influence of a very active jet stream pattern that keeps things moving along at a pretty regular rate. 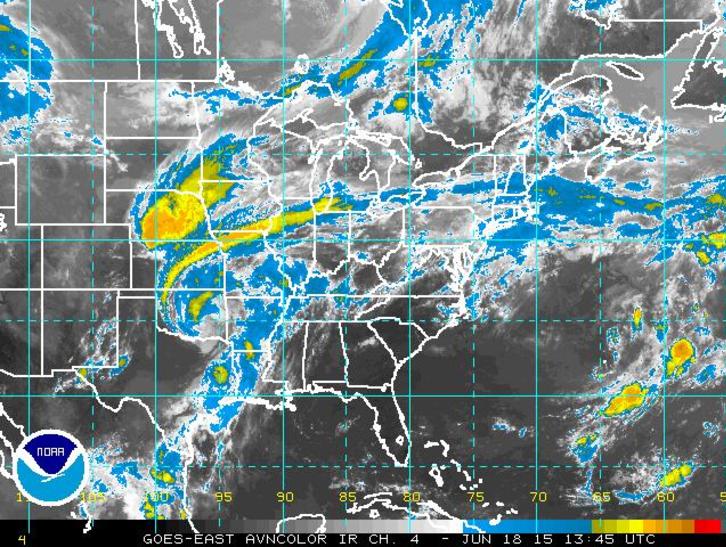 The signature pattern over the last two weeks has been the strong ridge off the Southeast coast of the United States which shows absolutely no signs of breaking down. This has created heatwave conditions over the Southeast and lower Mid Atlantic States. North of 35 N the fast moving westerlies push fronts through. The remnants of Bill will be picked up in the fast flow north of 35 and moved along and as the flow shows, what goes west winds up coming east. 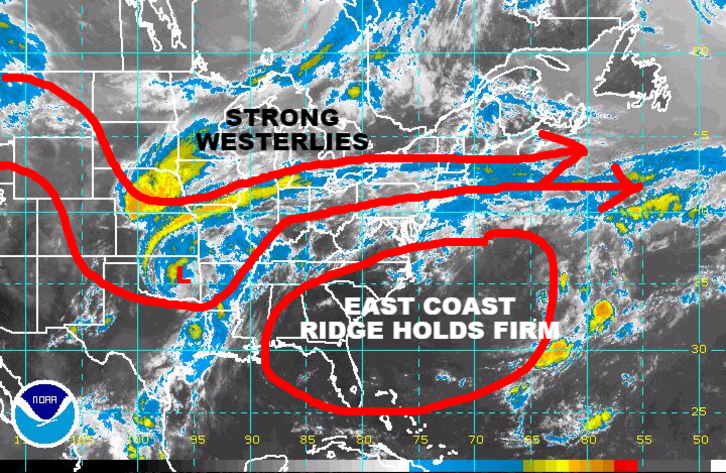 Look at the upper air maps from the European below and the ruler look across the US is quite remarkable. It is a straight line fire hose from the west coast to the east coast. Ridges continue to anchor both sides of this equation. Actually the pattern over Canada to me looks remarkably strong for the second half of June and it is probable that the strong westerly pattern will contine across the US possibly for the rest of the month. But back to the short range. Bill will be coming east and it looks like Sunday is the day so with regards to the weekend, Saturday looks good with sunshine but temps will be cool with highs probably just in the 70s with a wind off the ocean. 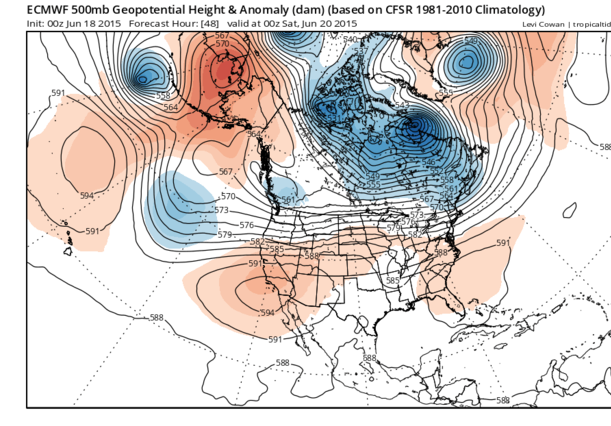 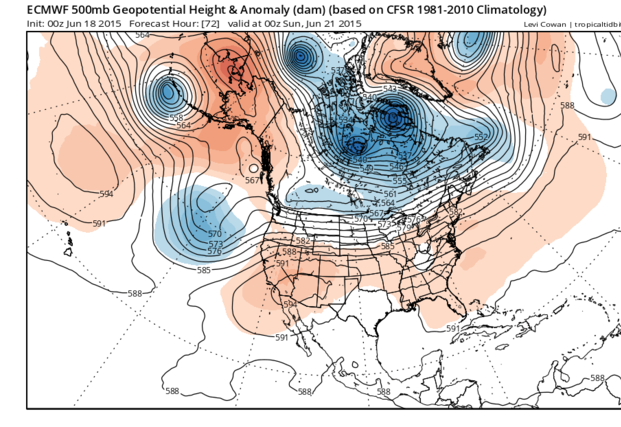 By Sunday morning the GFS model has rain already here and it is rather complex in that we have probably some sort of low in Northern Virginia with a cold front out of the low north of Lake Huron. To me there are 2 issues for Sunday. If the northern feature is more dominant we could set up a significant warm sector situation with the possibility of severe weather. The other is how much the tropical moisture winds up getting enhanced as it approaches the coast. There seem to be enough dynamics for a 1 to 2 inch rainfall. The European earlier was trying to show a more intact low moving across Pennsylvania and then to Southern New England. This would have meant problems for the Catskills and Berkshires in upstate NY. Now it appears the models are shying away from that idea.

Bottom line….this is for late Saturday night into Sunday look wet so it something to think about if you have plans for the weekend. Severe weather may be possible. Saturday will definitely be the better of the 2 weekend days. Thanks to TROPICAL TIDBITS for these maps. 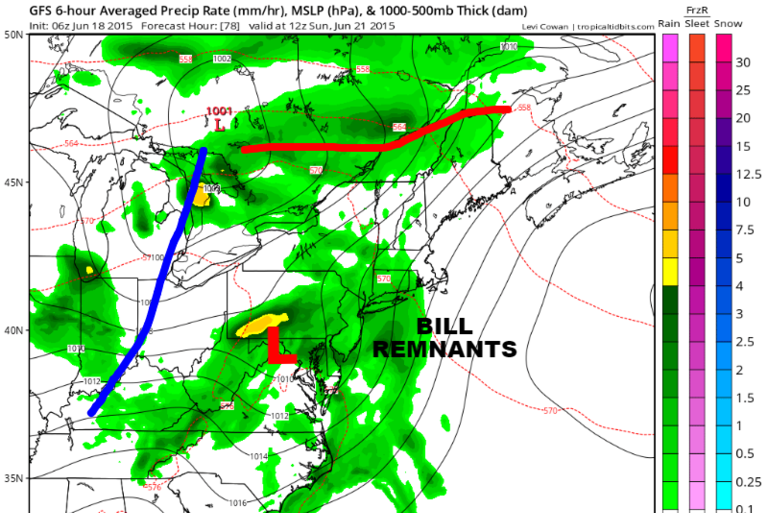